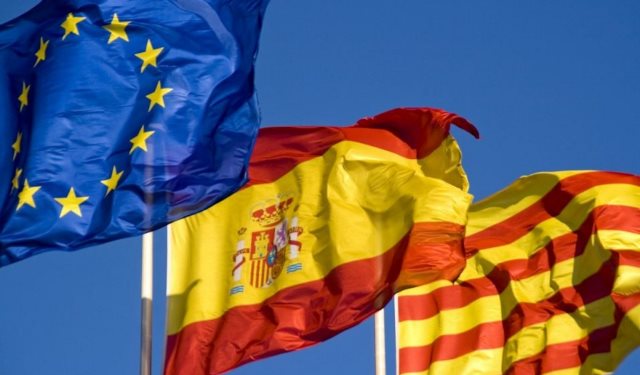 When did it all begin?

The public opinion, not only the European, but also the Spanish, will possibly consider this the fruit of the 2007 economic crisis and the rise of populism around Europe, on the contrary, the accelerator pedal of nationalism was pressed further. Jordi Pujol, father of modern Catalan nationalism proudly asserted in 1990 that by the year 2000 nationalists would be solely in control of the pillars of the Catalan society. The “Agenda 2000” was drafted to give nationalists full control over the political planning, primary education, universities, mass media, cultural activities, business developments, international relations and the administration. This agenda succeeded and was even implemented by other parties that ruled after Jordi Pujol. The separation had to happen first within its people and its main goal was to Catalanize the society and go through a slow and tedious process that would create a common enemy, Spain. The perfect storm was caused with the onset of the 2007 crisis, when the nationalists started blaming the Spanish government for the costs of the crisis, igniting the conflicts we are faced with to this day. This was not coincidental, Josep Tarradellas, first Regional President of Catalonia during the Spanish constitutional democracy, had in 1981 warned that this would inevitably happen unless someone stopped Jordi Pujol.

Is Spain a democracy?

Instead of going through every characteristic of a democracy, like The Economist Democracy Index (which ranked Spain as 17th best democracy in 2016), we will go through and tackle the arguments of the separatists. They often say that they are persecuted and oppressed, they consider themselves a minority while they rule the Regional Government, hundreds of town halls and have dozens of seats at the National Parliament. Having the presidency of the region means managing an annual budget of 30 billion Euros, which allows the separatists to exercise powers over security, education, healthcare, mass media, taxation and even the probation system. Furthermore, if someone says that there is a lack of democracy we have to honestly recognize that the separatists have weakened democracy in Catalonia. A recent example, on 25 September, was of cases of indoctrination which were denounced at Catalan public schools. Also, the public media, managed by the Catalan Government, mostly reflects the policies and ideals of the separatist parties in power. Moreover, former ETA (and other terrorist groups) leaders and executioners have been welcome in the separatist ranks. The celebration of violence against Spain is a regular guideline in some factions of the separatists’ movements.

Despite the amount of power and resources they have gathered, the separatists do not consider following the democratic route to achieve a constitutional reform. Let us analyze this path going through three key articles. Article 2 of the Spanish Constitution grants the territorial sovereignty; article 1.2 establishes that the Spanish people are the sovereign people (which means that a region cannot impose its ruling to the rest of the Nation). And article 168 establishes the channels to amend articles 1.2 and 2. If separatists achieve a qualified majority at the Spanish Parliament, the secession of Catalonia would occur legally. Since a parliamentary commission for the reform of the Constitution was created, it would be the perfect arena to introduce a draft for the reform and initiate a debate on the matter. Unfortunately, the separatist members of Parliament are not attending the commission sessions under the pretext that the rest of the parties are Francoist militants (referring to Franco, who passed away in 1975).

Have the Catalan separatists chosen the Coup d’Etat path?

Words may have different meanings depending on the pursued goal. For instance, a scientist would not use the term “chaos” in the same way a group of friends would in an atmosphere of laughter and confidence. In politics, the meanings of words do matter.

When Catalan separatists use the word democracy, what are they talking about? Former President of the Regional Government, Artur Mas, the politician that pulled the trigger of unilateralism, affirmed several times: “first democracy, then rule of law” and that “juridical norms must adapt to democracy”. These are misleading affirmations; it frames the debate and separates people into two blocks. If someone defends the rule of law, separatists will call this person a fascist or undemocratic. At this point, the attentive readers will wonder: is there a democracy without the rule of law? There is not. The ones who still think about democracy as John Locke did, must insist on the rule of law or we shall end up creating Carl Schmidt ́s statements. In other words, the dictatorship of the majority would become legitimate.

In 2013, Artur Mas established the “Advisory Council for the National Transition” and for the first time in history plans started being drafted through a unilateral path. Since 2013, Spanish taxpayers have been funding the payroll of those who plan to occupy the infrastructure of the Spanish Government and to establish guerilla, or other “democratic activities” like blacklisting the people that oppose their separatist agenda. Luckily it has never been anything other than expensive drafts. In the meantime, from 2013 to 2017 a giant network of civil servants has been established for the purpose of overthrowing the Spanish civil servants working in Catalonia. The network cost has been estimated at around 800 million Euros per year.

If we analyze what happened during September and October 2018 in Catalonia we may be very surprised. Public opinion would say that the separatists were oppressed, that they were not allowed to have a referendum and were jailed among others. There is no shame in expressing the faith that is expected for the separatist leaders.

During the sessions on 6 and 7 September in the Catalan Parliament, the opposition was not allowed to vote, and neither was it informed of the laws that were to be voted upon. These laws established the framework for the “referendum”. Afterwards, on 1 October the “referendum” was held, with no legal guarantee, allowing people to vote several times, even with ballot boxes filled before the voting period. The judges intervened and ordered a stop the so-called “referendum” at the risk that in the following hours the Catalan Parliament could issue a unilateral declaration of independence. On the night of 1 October, the Catalan Government announced the results of the referendum, which added more than 100% of the votes. Finally, on 27 October the culmination of the separatist agenda happened; independence was declared and the last bullet of the coup d’Etat was shot, but totally missed the target. People almost did not react, not even when the liable people were jailed. The coup had been stopped.

The upcoming election on 21 December will be a unique opportunity: the first in 40 years, to change Catalonia and to finally re-establish the constitutional order of this beautiful Spanish region. Europe’s future is at stake too, does anyone really believe that the EU can exist if the 174 regions of the member states declare the independence? 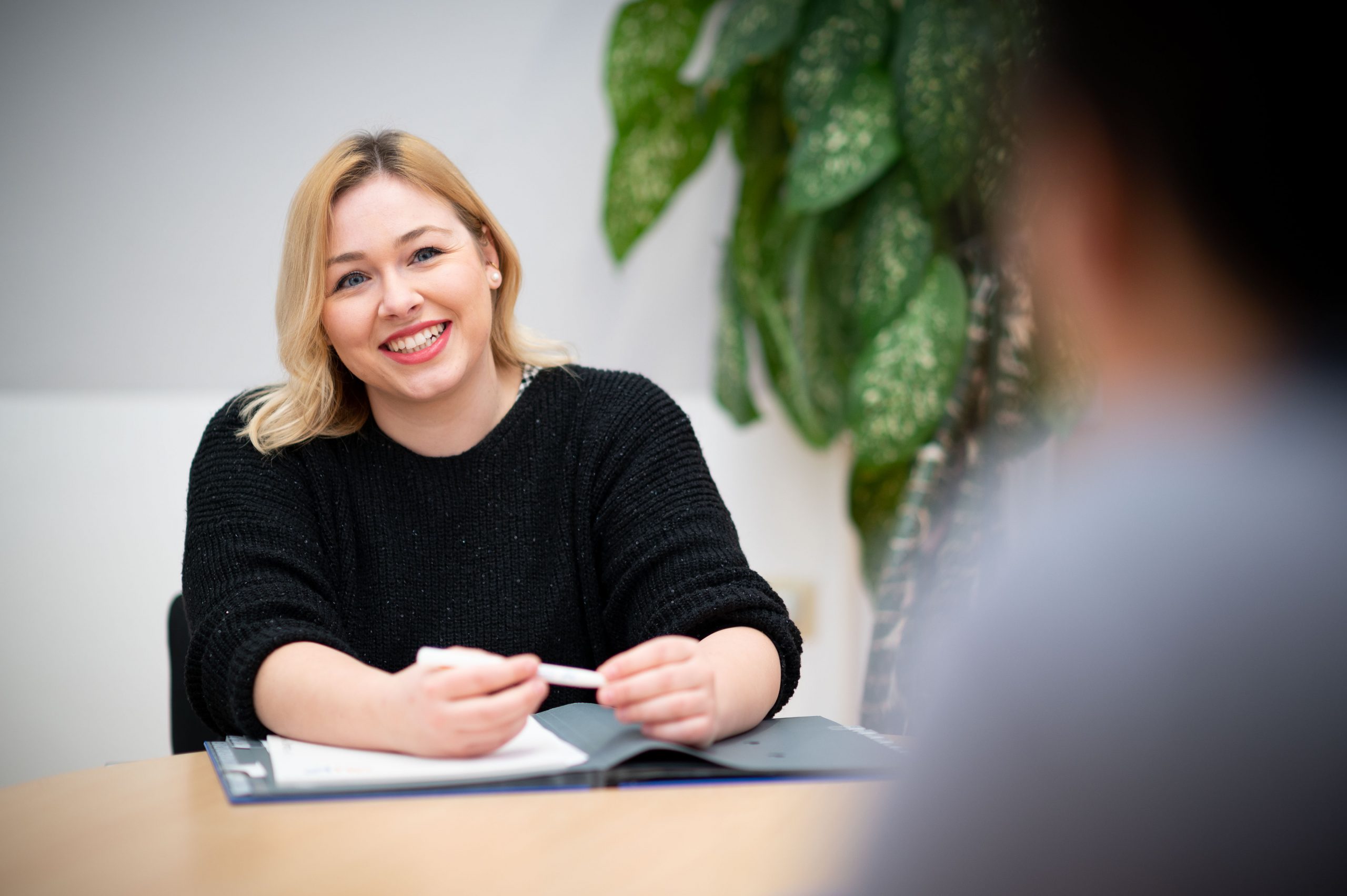 The need to keep it “real” – How politics can reach “generation Z”. An interview with Sabine Hanger, Chairwoman of the Federal Austrian Student Union .