Since September, the entire world has heard of the name Masha Amini, who was murdered by Iran’s morality police. The EU must do more to support the widespread protests by brave Iranian women that subsequently spread across the world, as well as introduce sanctions against the Iranian regime. The EDS adopted this position through a motion at the Council in Skopje.

Protests have occurred in Iran at various times over the years, often in response to specific events or issues. In recent years, there have been a number of public revolts in Iran on a variety of issues, including economic difficulties, political corruption, and human rights concerns.

Other protests have occurred in Iran in recent years on issues such as the lack of job opportunities, high inflation, and the government’s handling of the COVID-19 pandemic. These protests have also been met with a crackdown by the authorities, with reports of arrests and violence against protesters.

It is important to note that protests in Iran are often met with a strong response from the authorities and participating in protests can carry significant risks.

This time around, over a thousand people have been arrested in Iran since protests against the killing of Masha Amini began, with three people having been executed so far. We must pay greater attention to the propaganda of the Iranian regime and the misinformation it is spreading in an attempt to silence the protestors which have become a significant threat to their authority. The latest example of misinformation spread by the regime was the abolishment of the morality police.

Furthermore, we must pay greater attention to the proselytism which is growing in other countries. For example, the Indonesian Parliament has decided to criminalise sexual relation outside of marriage.

We have to work in Europe to fight these enemies of our democracies and we have to support the Iranian protesters. They are courageous, strong and prove that when we want to change something, it is possible! 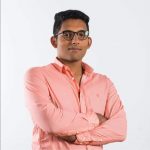