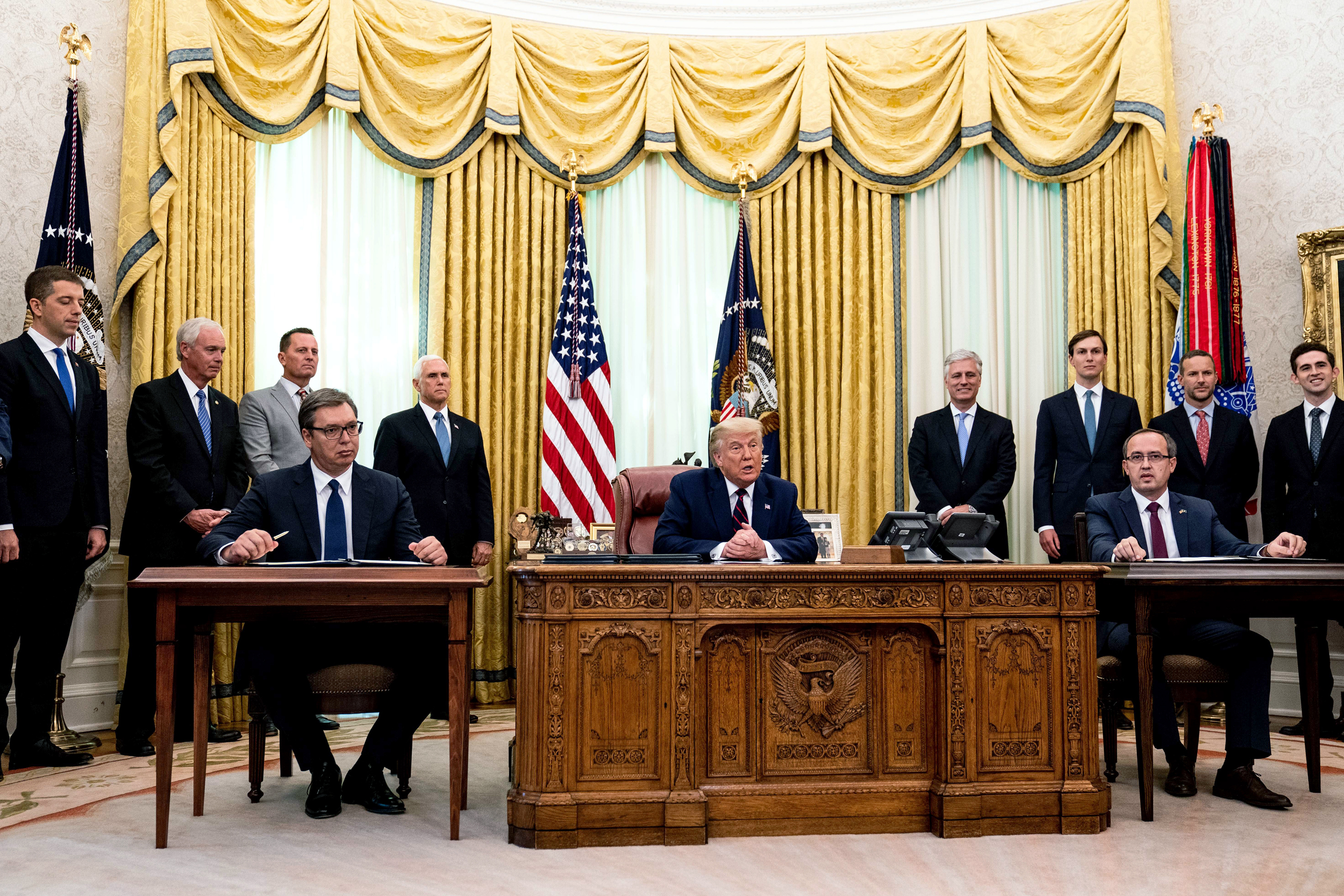 At the beginning of September, we were all taken by surprise by the historic agreement in the White House between Serbia and Kosovo. Both sides committed themselves to normalize economic ties but also made space for future dialogue. President Trump used the opportunity to triumph his diplomatic approach and praised his administration. He also reminded us that the media and experts were wrong in their predictions that “the agreement was unlikely,” similar to the UAE-Israel deal.

Over the last two years, Richard Grenell, Trump’s former ambassador to Germany and Special Advisor to the President on Serbia-Kosovo, was a frequent guest in the Balkans. He was the principal go-between to break a diplomatic impasse, and he succeeded. The White House’s strategy is to focus on the economy in the first phase and Serbia’s recognition of Kosovo in the second, i.e., independence declared in 2008. Most Western nations have recognized Kosovo’s independence, but Serbia, backed by its allies Russia and China, is refusing to do so. They also block Pristina’s membership in the U.N.

Even though there was some talk about the agreement in the media, the deal itself was presented in Kosovo and Serbia only after both sides signed it. Serbian pro-nationalist and pro-Russian opposition heavily criticized it. One of the leaders even said, “No one can raise the ladder of betrayal as much as [Serbian President] Vucic.”

The deal has only two pages, but it encompasses a number of issues, from the overhaul of the Belgrade – Pristina railway and highways to the mutual recognition of diplomas and professional certificates, as well as an invitation for Kosovo to join the regional “mini Schengen” initiative, which was formed by Noth Macedonia, Albania, and Serbia.

The agreement also includes boosting economic development in both countries through the U.S. International Development Finance Corporation (DFC) in the months and years to come. By the end of September, the U.S. delegation had already visited Belgrade and Pristina. It issued joint statements regarding the private sector’s support in cooperation with the USAID, EXIM, and other government agencies. Belgrade would become the base of a regional DFC office to facilitate projects focusing on economic growth.

In June, Kosovo’s Prime Minister Avdullah Hoti’s participation was followed by a war crimes indictment against President Hashim Thaci. Thaci had met Special Advisor Grenell in secret in 2018 and had been the prominent figure negotiating with the U.S. team. After the deal was made, Thaci wrote on Twitter, “I salute the signing of agreement b/w Kosovo & Serbia, today in Washington …” On the other hand, the biggest opposition party, the Vetevendosje [Self-Determination] Movement, said on Facebook that the agreement is illegitimate and unacceptable to them. They argued they would oppose it in Kosovo’s assembly.

The American-led negotiations resulted in a silent diplomatic conflict between the United States and the European Union over the Kosovo process. Some experts say America took leadership with the full right because, from 2016, the dialogue was staked. The Brussels Agreement, brokered by the E.U., has not been implemented, and some basic principles were even violated, such as freedom of trade after Kosovo unilaterally introduced taxes on Serbian goods.

The counter-argument was introduced in the essay “How Trump Lost the Balkans,” by an expert in the region and professor at John Hopkins, Edward P. Joseph, published in Foreign policy last October. He argues that no fewer than six mostly quiescent countries—Serbia, Kosovo, Montenegro, Bosnia-Herzegovina, Bulgaria, and North Macedonia—are now experiencing dangerous levels of interethnic toxicity, all on the Trump administration’s watch.

The agreement also surprised a part of the Serbian public because it contained details that were not related to the discussed issues, such as the prohibition against the use of 5G equipment from “untrusted vendors”— a euphemism for Huawei. Serbia also promised to move its embassy from Tel Aviv to Jerusalem, and Kosovo plans to open its own. Just two weeks after the agreement was inked, Serbia’s Prime Minister, Ana Brnabic, opened a Huawei innovation and development center in Belgrade. She praised the company as one of the biggest and best partners in the Serbian economy’s digital transformation in 5G and beyond. It remains to be seen how far the agreement will be implemented.

At the time of writing this article, it looks that a new administration is on its way to the White House, which puts in doubt many foreign policies made in the last four years. We can expect more involvement of the E.U. and coordination between the U.S. and allies when it comes to Serbia – Kosovo relations. Indeed, open dialogue and the agreement are necessary for the peace and prosperity of the Western Balkans and its European perspective. Polarisation is terrible, and we in the region know best what horror it can produce. As American comedian Larry David once said, “a good compromise is when both parties are dissatisfied.” 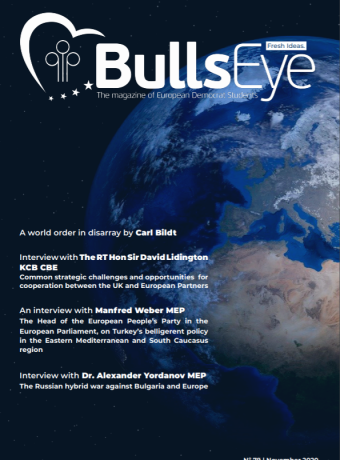 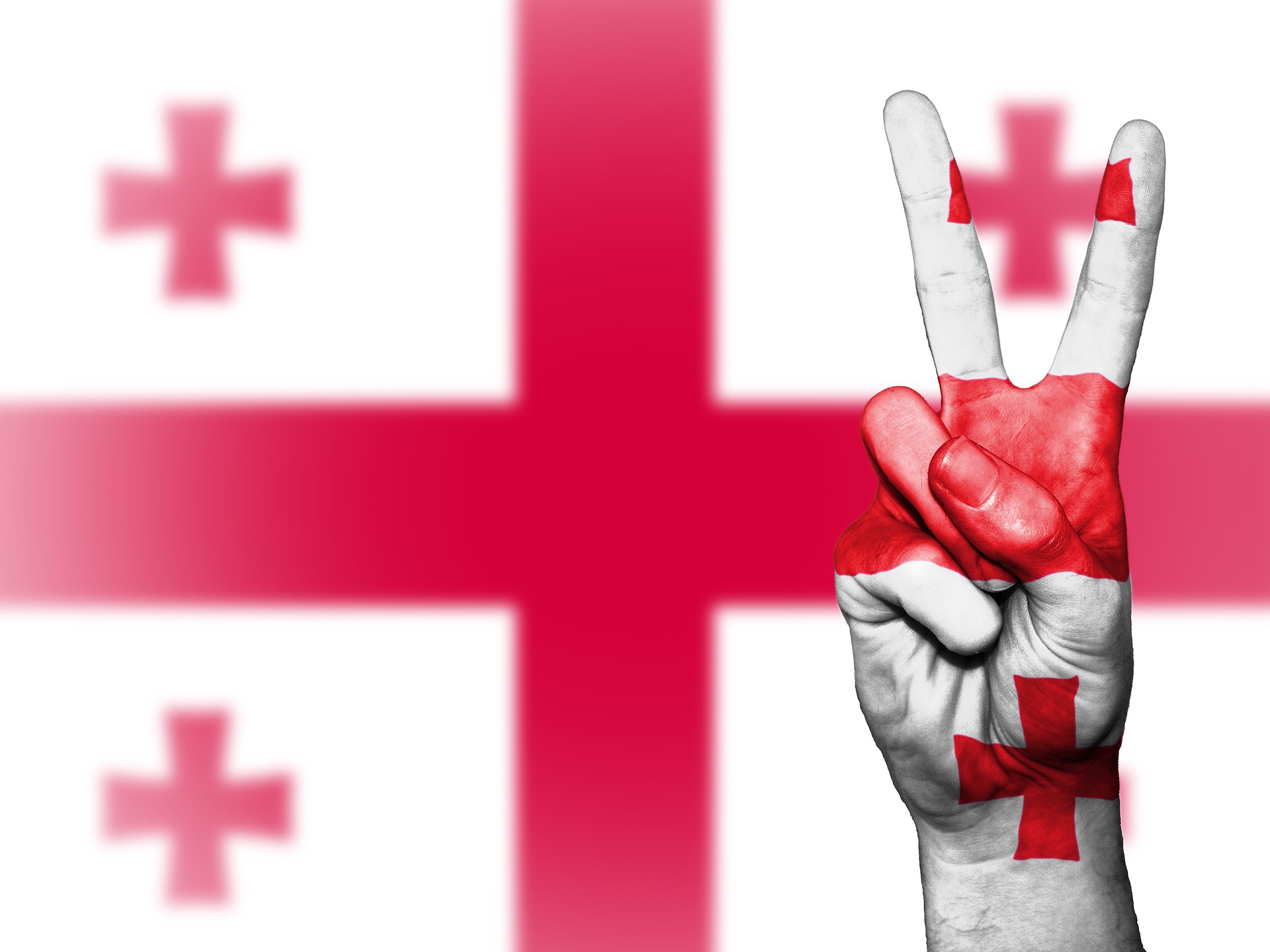