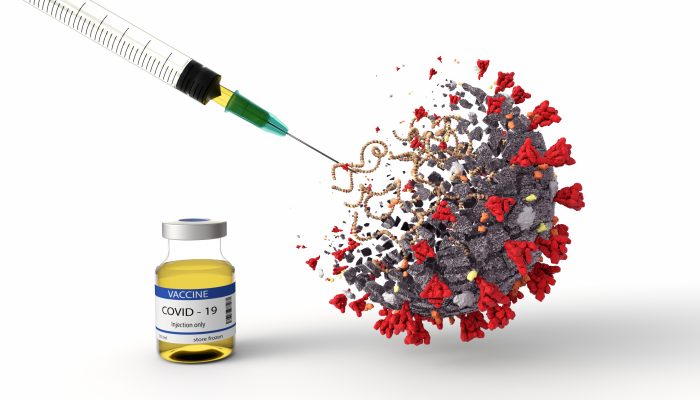 The terrorism phenomenon has always hit the collective conscience hard, but it has changed its form over time. Today it is considered one of the biggest threats both at the national and international levels, above all after the attacks of 11 September 2001, which deeply shocked Western and Eastern public opinion and after the wave of violence of Islamic Fundamentalism that hit Europe in 2015, such as the massacre at the Charlie Hebdo offices and the Bataclan in France.

Every Nation and International Organization focused their efforts on research about this subject in order to implement the most appropriate countermeasures to achieve collective security.  The distinction between the various types of terrorism is a fundamental practice for the fight against the terrorists, but it must be preceded by a clear description of the phenomenon, objective and amoral, in order to understand better what needs to be faced.

There is currently no universal definition of terrorism and the complexity of the phenomenon evokes an extensive debate in seeking a description.  Each state or international organisation proposes their own explanation of the phenomenon, which is not accepted by others. The problem of defining terrorism is an obstacle to international cooperation, even if, in recent years, a trend of global progressive homogenisation at the normative level has spread, with the shared goal of facilitating the fight and defence against this threat.

It is difficult to find a single definition of terrorism acceptable to everybody because there are so many types of terrorism, according to multiple criteria, which makes categorisation extremely difficult. It is possible to make distinctions between different typologies of terrorism considering  some characteristics like:

Still, generally, terrorism can be described as an eversion, an illegal, violent and politically motivated act that aims to damage a State’s institutional balance. Terrorists usually prefer to act subtly, camouflaged in society and have a dynamic nature, meaning that their modalities or strategies adapt to changing contexts and evolve according to what is happening worldwide. For example, the main routes of the migration flow, the increasing digitalisation, or the climate emergency are all factors that impact the characteristics of terrorism. Therefore,  the Covid-19 pandemic also influences the radicalisation processes of violent extremism. It is fundamental to study the role of the actual health emergency in this fierce field to prevent and contrast terrorism.

The socio-political context deriving from the global health crisis has generated a double effect on the mechanism of violent extremism, each with its pros and cons, but let’s proceed in order.

Different European countries have been hit by a violent wave of Islamic terrorism starting in 2015. France, Belgium, Spain, and Germany constitute some examples of countries that were victims of these massacres, like the attacks on Charlie Hebdo and theatre Bataclan in Paris, la Rambla in Barcelona and many others. These terrorist attacks were mainly carried out by second or third-generation Muslims of immigrant families, who often live in conditions of poverty, are marginalised within society and are misled by charismatic Islamic fundamentalist leaders.

These attacks continued to follow each other over the years, with an unstable frequency, until about 2020. In Europe during the first year of the pandemic explosion since Covid-19, there have been three terrorist attacks: the attack on Nice near the Notre Dame cathedral in October by a Tunisian immigrant who landed in Lampedusa shortly before; the beheading of Professor Paty, also in France; and finally the attack on Vienna, in November, just before the new national lockdown, although it was assumed that such restrictive measures would reduce the criminal activities. In general, the pandemic has had a double effect on terrorists and the mechanisms of radicalisation: on the one hand, it was interpreted as a challenge because it forced the terrorists to adapt to a new context in a short time (like everyone else), on the other an opportunity, taking advantage of the general situation of uncertainty and instability to carry out their criminal activities. In particular, the pandemic and the health measures taken to deal with it, such as quarantine or the lockdown, highlighted the vulnerabilities of potentially influential subjects from the terrorist discourse: isolation, loneliness resulting from the removal from friends or relatives, job loss, difficulty from accessing medical care, are arguments which were manipulated in their own favour by terrorists to attract more individuals in difficulty and susceptible, through a convincing and consoling narrative.

The global health crisis has once again underlined how the terrorist threat is a changing reality, difficult to predict in its evolutions and how a multiplicity of factors can influence its development. Unfortunately terrorists have the  capacity to exploit crisis in our society to  increase the ramification of their violent ideas. The Covid-19 pandemic has become a new opportunity to convert physical or mental weakness into an additional stress factor of radicalism, encouraging vulnerable individuals to follow their extremist movement, also helped by a campaign of disinformation about their propaganda. Jihadism still remains the first form of international terrorism in Europe and worldwide, above all through the support of the so called “lone actors”, which described all the  muslims who are inspired to perpetrate terrorist  attacks in  the name of the Islamic State by the jihadist narrative,  available online or sometimes in mosques or muslim neighbordhoods. These people, above all youth, are even more vulnerable because of the isolation caused by the sanitary measures adopted by the European countries. Also anarchists,  right and left wing terrorism has increades in  the last few years during the  pandemic: in fact some of these terrorist groups are exploiting the  protests against the government measures aimed  to containing the  covid-19 pandemic to reach new adepts.

Covid and terrorism can be considered  similar because both are threats who act insivibly in the society and anyone  can be their victim. It is therefore essential that the state and international bodies of security cooperate with each other in order to fight both of them.

and that there is a strong dissemination of information and experiences to increase the competencies in this regard and know how to defend themselves effectively.

The European states in particular must be able to count on each other in order to defend their territory and improve internal monitoring, knowing better what must be faced allows them to be able to counter. The gradual process of harmonization at the European regulatory level is an excellent strategy to encourage cooperation between the various European states and, together, defeat terrorism even during a pandemic.