A decade ago, centre-right parties led Europe out of the ﬁnancial crisis, carrying out tough but necessary economic reforms and deﬁcit reduction policies to combat the debt crisis and ensure the survival of the euro. At the time, centre-left, social-demo- cratic parties were struggling electorally, unable to oﬀer solutions to the crisis. Some analysts even predicted the demise of social democracy. But a decade later, tables have turned and it is the centre-right, represented in the parties that make up the EPP, that has been suﬀering setbacks throughout Europe.

Some will point out that politics is cyclical, which means these ups and downs should be expected and will naturally reverse. But for those of us that want to see a strong European centre-right, instead of a Europe that is increasingly led by the left and the populist right, complacency is not an option. When comparing policy proposals, the left has been effective at renewing its ideas, innovating, and appealing to young people. Indeed, the most significant ideas in the last several years have mostly come from the left, such as the Green New Deal, the national living wage, rent controls to make housing more affordable or rises in the minimum wage. These have often polled well. On the other side of the political spectrum, the populist right has occupied the potent issue of immigration, while the centre-right has stayed behind, often following others, or trying to contain them with the same recipes it was offering a decade ago. Therefore, if the centre-right wants to re-energize it’s base, attract new voters, and ultimately succeed electorally, it should update its policy offers and lead in a series of policy areas that voters could connect EPP parties with. The following is a list of five policy proposals that the centre-right can and should focus on.

Europe’s demographic winter presents one of the biggest challenges the continent will face in the next decades. In 2019, the EU average fertility rate stood at 1.53 births per woman, significantly below the population replacement rate of 2.1. Moreover, some countries such as Italy or Spain are in an even more dramatic situation, with rates at 1.27 and 1.23, respectively. With ageing populations and not enough workers to replace those going into retirement, European welfare states will be under increasing pressure. Unpopular measures such as the extension of the retirement age will need to be implemented.

In this context, the increase of birth rates should be a priority. That is why the centre-right should make this issue one of its key causes, which will be well received by electorates. Whether by providing direct cash incentives, subsidised childcare, increasing parental leave, extending school hours, or encouraging flexible office hours, the EPP should represent the political space of demographic growth. Advocating for such policies will prove popular, as polls consistently show that European women on average want more children than they are having. Since economic and professional circumstances are two key factors in the decision to have a baby, policies to support such a choice and make it easier for both mothers and fathers to have children will prove both popular politically and necessary demographically.

Improving Europe’s common defence and the creation of a European army has been in the public debate for several years, especially since Donald Trump reached the American Presidency and pushed European countries to increase their military spending, while moving to reduce the American troop presence in Europe. Now, as Vladimir Putin launches an unprovoked invasion of Ukraine, reinforcing the defence capabilities of the EU, both in terms of individual countries’ military strength and regarding common EU coordination, is to become of vital importance.

The centre-right should be the political family that leads this effort, promoting the EU as a global superpower and the guarantor of Europeans’ security. As a political family that is not afraid to stand up to foreign adversaries and understands the importance of a strong military to project power on the global stage, the EPP is perfectly positioned to do so. There is growing desire within voters for a stronger European security, as citizens realise that the world is getting increasingly dangerous. The EPP should adapt and lead in that new reality.

Europe is once again looking to nuclear energy as a necessary ingredient to its complex energy mix. When Angela Merkel announced her decision in 2011 to phase out Germany’s nuclear plants, and with the promise of renewable sources of energy, it seemed that nuclear had an expiry date. But since, it has become clear that renewable energy on its own won’t be enough any time soon, meanwhile the EU has ambitious objectives to reduce the use of fossil fuels to fight climate change. Furthermore, reducing Europe’s energy dependence on foreign powers, especially on Russian gas, is also of utmost importance.

The combination of these factors makes the use of nuclear energy, which does not emit carbon emissions, an increasingly appealing option, as the European Commission recognized recently. France, for example, which generates 71% of its electricity with nuclear energy, has benefited greatly from its use. Europeans are increasingly conscious of the opportunities nuclear power offers, as they are of course also aware of its risks. Politics is often about weighing costs and benefits to reach decisions, and when asked to do so, polls show that most Europeans believe nuclear power should be a part of the energy mix. The centre-right is the most suited to advance and represent this position, as nuclear energy tends to carry a stigma with parts of the left. If the EPP champions this policy option, it will have a strong and realistic proposal to fight climate change (while of course pushing for the growth of renewables simultaneously), and promote the EU’s energy independence.

The revolutionary and incredibly fast rise of social media platforms in the last decade and a half has greatly changed the daily lives and relations of citizens. It has been in the last five years that the public has gained increasing conscience of some of the challenges that social media poses, on several fronts: disinformation, hate speech, privacy, possible monopolies, censorship and, ultimately, too much social and political power in the hands of a few very large private companies. The EU has been leading the way in regulating and monitoring digital life, with the Digital Services Act (DSA) in an advanced state of its approval process.

But more will need to be done in the coming years, as social media giants drag us into a possible metaverse, which Facebook plans to develop. Citizens will look to governments to protect their individual rights, which they increasingly see as exposed in the hands of tech giants. There is a strong centre-right argument to do so. While regulation of the private sector is not initially a trademark of the centre-right—nor should it be—defending citizen’s privacy, data and individual autonomy from gigantic corporations is. And so is ensuring the proper functioning of markets, breaking down monopolies and reducing the barriers of entry. That is indeed a cause that the EPP could make its own, appealing to citizens’ increasing distrust of big tech.

Tackling unemployment, especially youth unemployment, which is a key issue in southern Europe, consistently ranks as one of the top concerns for European voters. That, combined with rising worries about the cost of living and housing, makes improving youth access to the labour market a priority that voters are demanding.

In such a context, vocational training has proven a fantastic tool to reduce youth unemployment, and countries with strong vocational training programs, such as Finland, Germany, Austria, Switzerland, or the Netherlands have achieved better youth employment results than others. With technical skills in greater demand, the labour market does not benefit from universities full of young people studying journalism or political science for four years. Instead, preparing a greater number of people to meet the technical skills that the market requires will do much to reduce youth unemployment and provide greater financial security to the EU’s young. As such, being the flagbearer for effective vocational training and youth employment in general will allow EPP parties to reconnect with young voters, showing that the centre-right political family responds to the challenges of our time.

These five examples represent just some of the areas that the European centre-right can design politically effective frames in. There are, of course, others, and their levels of appeal will vary in each country. The crucial and wider point, nonetheless, is that the centre-right needs to stop dragging its feet when it comes to policy, by renovating its proposals, thinking out of the box and recapturing the edge in the public debate. If it does so with ambition, the political trend in Europe will once again turn, but this time for the better. 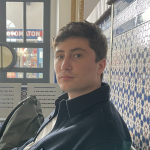