EuroPride week, the annual gathering of the Serbian LGBT+ community, human rights activists and supporters of equality and free speech, took place in earlier in September in the Serbian capital of Belgrade. However, right-wing extremist groups, pro-Russian forces and hardline religious organizations, tried to block and prevent the march.

Belgrade was chosen a couple of years ago to host EuroPride in a competition among other European cities. Organizers knew that hosting such an event would be an honor, especially as it would take place in Southeast Europe for the very first time, a region which is known for being unfriendly towards the LGBT community and discrimination widespread. Various reports show that Serbia is characterized by comprehensive and progressive anti-discrimination legislation covering LGBT people. However, there is a severe lack of implementation of the law and no Case Law. Same-sex unions are still not permitted under the law.

At the time of the EuroPride nomination, the mayor of the city of Belgrade, who is now Serbia’s Finance Minister, Sinisa Mali, attended every Pride with the Prime Minister, Ana Brnabić, who came out as lesbian. This moment represented colossal progress and politicians from the ruling party stood up for something that is not popular across public opinion. But that optimism was crushed this year with a new mayor who publicly distanced himself and the city from supporting EuroPride.

Preparation for this European Pride began years ago, but as the event approached, it was clear it would lead to a huge clash between far-right groups, supported by the Serbian and Russian Orthodox Church, which started to organize contra marches across Belgrade weeks before EuroPride. Organizers got hundreds of death threats while going on television and explaining why LGBT+ rights are human rights, with far-right extremists accusing them of pedophilia and other nonsense arguments.

Right-wing protesters marched across Belgrade in the weeks leading up to EuroPride bearing Russian flags and Putin pictures. Besides them, priests from the Serbian Orthodox Church provided them with moral support. For decades, the influence of the Church has been on the rise in Serbia. After democratic changes in the 2000s, the Government, together with the Church, introduced religious education in the school system for the first time. They became the main counseling point for a lot of politicians. Even socialists were going to the patriarch for advice. The Church showed how powerful they are in mobilizing thousands of hardline fanatics.

On Saturday, 17 September, when the EuroPride march took place, police clashed with right-wing protesters as several thousand people joined an LGBTQ march in Serbia to mark the end of EuroPride week. The United States ambassador to Serbia, Christopher Hill, and the European parliament’s special rapporteur for Serbia, Vladimir Bilcik, joined the march.

Even though the atmosphere around EuroPride was tense with the possibility of being canceled, it was held with a substantial police presence, which is very important as Serbia is a candidate for EU membership. It remains to be seen how the strong influence of the Church will allow further reforms in one secular state, and whether inequality for the LGBT+ community will effect Serbia’s ascension to the EU. 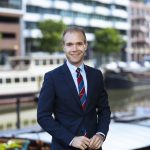