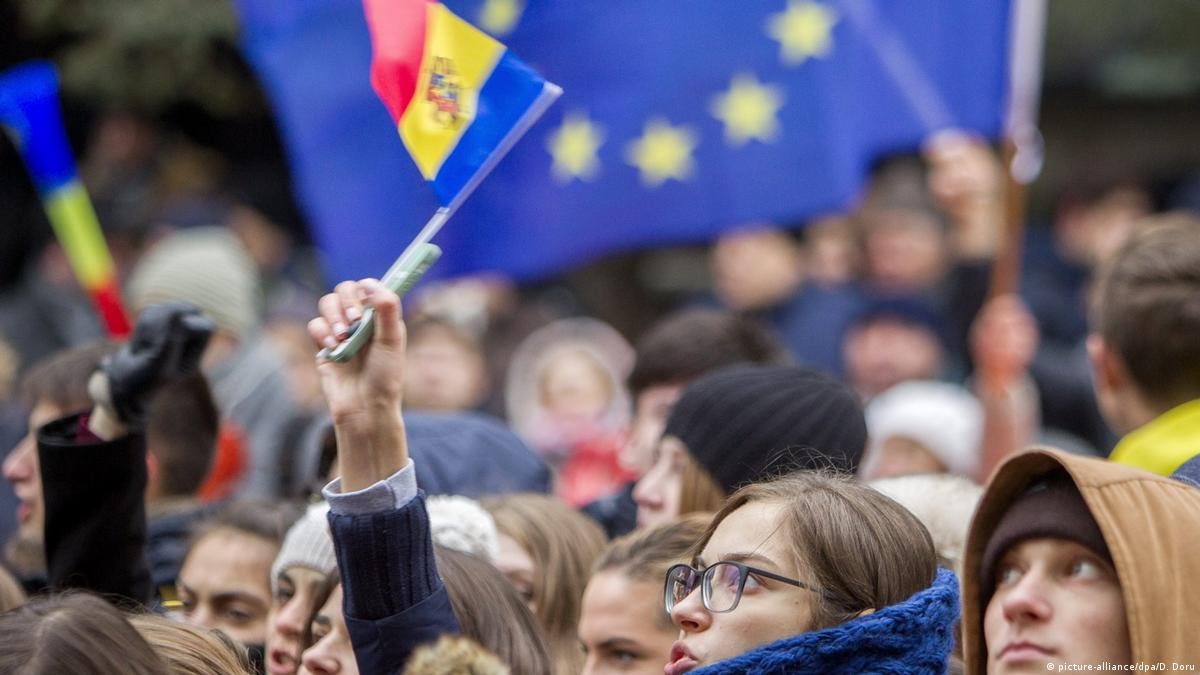 After a historic result in the Presidential Elections in Autumn 2020, with Moldova electing its  first woman President in history, this Eastern European country still has to pass an important exam to secure its European path. The snap parliamentary elections from July 11 play a significant role for the future of Moldova and electorate mobilization is one of the key factors on which the results will depend.

What is at stake?

On July 11, a clear European path can be established for Republic of Moldova. This could guarantee the current pro-European president Maia Sandu, who enjoys the confidence of most of the Moldovan population, a stable parliamentary majority that will vote on reforms to advance European integration and a well-prepared government to implement these reforms.

Moldova is lacking a formal government since December 23 2020, and the fact that the early elections are held is a key victory – a result of strong persistence from President Sandu. The dissolution of the current parliament was one of her main electoral promises in the presidential campaign. According to Moldovan Constitution, the president has few powers, and without a parliamentary majority to support her agenda, she could do very little. Despite the few constitutional tools at her disposal, she has managed so far to outmaneuver all of her opponents and make possible to organize early parliamentary elections.

According to the latest opinion polls, Sandu’s party Action and Solidarity (PAS), is set for a landslide victory, with a high possibility of having a majority. However, nobody can predict the results of the early elections on July 11. Following the defeat of the Socialist Party in the presidential elections, this had significantly weakened them as a political force. Therefore, in order to regain the confidence of the left-wing electorate, which includes most of the Russian-speaking community, the Socialist Party decided to reinvent themselves and form an electoral bloc with the Communist Party, a not long-ago political enemy. This move aims to consolidate pro-Russian parties, and If they manage so, to change the current political balance. The consolidation of the left could play a crucial role, given the dispersal of the pro-European center right parties. A total of 24 political parties were registered in this scrutiny, the vast majority of them positioning themselves as pro-European.

Key to mention is that the polls do not include the voting intentions of Moldova’s large diaspora, which during the presidential elections voted overwhelmingly with Maia Sandu.

Why the Moldovan diaspora matters?

According to official data, up to 1 million Moldovans (~25-30% of the population) lives abroad, having permanent or temporary residences there. They play a crucial role in the economic life of the country, transferring annually about $ 1.5 billion through Banks and an equal amount through other means (according to estimates by the National Bank of Moldova). In comparable numbers this is worth about 26% of the country’s GDP.

In the presidential election from last Autumn, an unprecedented mobilization of Moldovan diaspora took place, with 263 000 Moldovans expressing their voting rights, weighing almost 20% of the total number of votes. 92.94% of these people voted for Maia Sandu.

It is becoming very clear that the diaspora is becoming an important political actor with a considerable role in influencing the balance of power in the future parliament, as well as the geopolitical orientation within it. The fight to attract the diaspora vote seems to become the central theme of the electoral campaign.

The pro-Russian parties, namely the bloc of socialists and communists, do not hide their concern about the possible undesirable impact of the diaspora on the final election results. If the last election scenario is to be repeated, then it is more likely that PAS will gain a parliamentary majority (at least 51 of 101 deputies). That’s why the Socialists seek to minimize the electoral impact of Western diaspora. This tandem of pro-Russian parties is using a hostile narrative against the Moldovan diaspora that resides in the West, identifying them as an “agent” of external influence against Moldova’ “sovereign interests”. Previously, this narrative was widely exploited in the second round of the 2020 presidential elections, however the result was exactly the opposite, mobilizing even more diaspora people to come and vote.

The electoral message of PAS remains constant since last presidential elections. Fighting corruption and ensuring rule of law is the mainstay of their campaign. Hence, they detach themselves from the classic geopolitical message West vs. Russia. This strategy proved to be efficient during the previous campaign, managing to attract even a part of the Russian-speaking electorate with moderate geopolitical visions.

For comparison, the bloc of socialists and communists act based on their old strategy of antagonizing the electorate. “Moldova is in danger” and “We do not give the country to foreigners” are slogans aimed at mobilizing pro-Russian voters. To emphasize this subject, the Communist Party leader Voronin made earlier this month a hilarious and abject statement, saying that a PAS-dominated parliament would bring NATO troops into Moldova, leading to “Moldovan children being born with a dark skin colour”. Maybe a decade or so ago such scaremongering would have worked. Today, less so. The society has awakened.

Through this positioning it is clear that Moscow, with coordinated efforts from the Moldovan political left, is preparing to retaliate for their loss at the presidential elections in November 2020. This hypothesis is also supported by the journalistic investigation published on June 25 by the German newspaper Bild which states that according to secret services documents, Kremlin has invested a total of 11.453 million euros to influence the 2020 presidential election in Moldova and to further consolidate its influence. Russia’s interest in these elections remains high and it is clear that Moscow is ready to fight hard to keep control over Moldova. It remains to be seen how strong the geopolitical card still is.