Malta often comes with the disclaimer saying that it is the EU’s smallest member state. Indeed, all else considered, its smallness remains one of its most striking features to the continental European. Its smallness is not just a quirk, but a reality from which real implications flow for the socio-political reality on the island. One would do well to hold onto this idea while navigating the relatively monolithic saga that engulfed tiny Malta, because for a country of its size to be thrown into the powerful spotlight of international infamy means that, something had to have gone really and truly awry.

The beginning of this infamous saga precedes a car bomb that blew up on 16 October 2017. The bomb that propelled Malta into crisis indeed accentuated the worst characteristics of a polarised nation embroiled in corruption at many levels. In many ways, the can of worms that that explosion opened did not just stop with the victim who was driving that car that fateful afternoon.

The victim was a woman and a journalist called Daphne Caruana Galizia. In Malta, mentioning ‘Daphne’ was enough for anyone to understand to whom you were referring. Her influence made her nothing less than a major player in Maltese politics, even when she had never contested an election. Her readership was wide enough that she could unilaterally match the most established publications on the island, reaching as many readers as there are residents nationally. No wonder then that Politico bestowed her the sobriquet “one-woman Wikileaks”.

What newspapers dared not speak about, she would happily publish, fearlessly exposing corruption, nepotism and the misbehaviour of every public official, from local councillors up to cabinet ministers and judges. Nobody was exempt from her pen. For a woman taking on powerful men in a biparty state, where the incumbent was becoming too powerful, it was no wonder that she ruffled too many feathers for her safety to remain guaranteed. Her front door was burned, her dogs killed, and the death threats she received were innumerable. Eventually, an organised and state-sanctioned demonisation campaign made sure that she was harassed every time she stepped out her door. By some groups of government-supporters, she was – and is still – referred to as a possessed witch.

In 2016, she was the one who broke the Panama Papers story domestically, exposing two key government figures owning companies in Panama. The first was Konrad Mizzi, a cabinet minister in charge of portfolios including energy and health (and later special projects in the Office of the Prime Minister) figuring as “Beneficial Owner” of “Hearneville Inc.”. He was very clearly a favourite of the now-disgraced ex-Prime Minister Joseph Muscat. The second person was none other than Joseph Muscat’s right-hand man, Keith Schembri, the then-unelected chief-of-staff of the OPM figuring as “Beneficial Owner” of “Tillgate Inc.”.

Nobody resigned when the Panama Papers story broke. If anything, the hate campaign against her intensified, so much so that someone seriously thought they could get away with murdering the most famous journalist in Malta. And they almost did. Almost.

In the meantime, a third company, Egrant Inc, appeared to be very much linked to the first two, but its ownership remained dubious. Documents showed that the name of the owner was so sensitive that Maltese accountants communicated it to Mossack Fonseca over Skype. Before long, Daphne claimed the owner was Michelle Muscat, Joseph Muscat’s wife. But an important question remained open: was the Prime Minister also involved in the Panama affair?

Today, we still do not know for sure. The whistle-blower who uncovered the story still claims to have key documents obtained from Pilatus Bank, which could potentially prove the alleged links. Instead of being protected under Maltese law, she was attacked relentlessly, not unlike Daphne, until she was forced to flee Malta fearing for her life. The bank involved was then forced to shut down over serious breaches in its anti-money-laundering mechanisms. Its former Iranian owner, Ali Sadr Hasheminejad, faces years in prison in the US over six different financial crime accounts.

Egrant Inc. remains a massive question mark. Even if Joseph Muscat was not linked to it, why the now-former Prime Minister went lengths in the attempt to bury an inquiry’s into these matters, and for what reason he tied his political fate inextricably to Keith Schembri and Konrad Mizzi, by defending them despite mounting evidence that should have not only led to their dismissal but their arrest? Today, all three have resigned, and ongoing investigations seem to indicate that the chief of staff of Prime Minister Joseph Muscat was even embroiled in the murder of Daphne Caruana Galizia. But this still does not answer all the questions.

Three hitmen were arrested months after the actual murder took place. None of them was the mastermind. With the investigation still inconclusive, the Labour Party in Government continued to push a narrative that distanced the murder from widespread political corruption at the highest levels.

Investigations continued and pointed at a mysterious company based in United Arab Emirates: 17 Black. The company appeared to be linked to an electoral promise, a power station built on a secret agreement that was only publicly leaked well after it went operational. Not only are the Maltese losing vast sums of money because of this agreement, but some €5,000 in daily kickbacks were tracked being deposited into 17 Black as a result of the agreement, making their way to the Panamanian companies linked to Mizzi and Schembri. Still, at this point, nothing happened.

Fast forward to last November, when an Interpol investigation led to the arrest of a man for money-laundering related crimes. By chance, Interpol found messages on his phone with a very recognisable name: Daphne Caruana Galizia. But the man, Melvin Theuma, turned out to be just a middleman. Joseph Muscat promised Theuma immunity in exchange for information, and in the meantime the owner of 17 Black and the main suspect in the murder investigation, Yorgen Fenech, was later arrested while attempting to flee the country and is now on trial. While under arrest, he allegedly received a note from Keith Schembri ordering him not to drag Schembri into it. (He did.)

Case closed? We are getting closer, but serious institutional shortcomings are continually posing problems in the process. The ignition of just under half a kilogram of trinitrotoluene that dark day exposed significant and far-reaching problems with the rule of law in Malta. Joseph Muscat’s prolonged and involved role in the investigation has endangered the integrity of the trial. His judgement has been everything but impartial because his personal friends and colleagues were involved.

As of today, Keith Schembri is still allowed to go abroad. Police investigators were found to have serious conflicts of interest in the case, and in bad faith refused to step away. Silvio Valletta, the husband of an ex-cabinet minister, was filmed ‘fooling around’ in the Rolls Royce of the man he was supposed to be prosecuting. He was also on the board of the Financial Intelligence and Analysis Unit, a body infamous for the vast amounts of political pressure that rendered it ineffectual in successfully investigating political figures. Another investigator, Keith Arnaud, allegedly leaked information to Keith Schembri.

More details on institutional failure are emerging, even today. The Venice Commission, the legal advisory body of the Council of Europe that deals with constitutional design, was asked to give its opinion on the Maltese institutions. It found that one man wielded a disproportionate amount of power on too many institutions and constitutional positions that were meant to be independent; the Prime Minister was effectively a King. He appointed the police commissioner, the attorney general, and a range of constitutional bodies from the Electoral Commission, to the Malta Financial Services Authority, to the Public Service Commission, and more. Worryingly, he even appointed magistrates and promoted them to judges, a system that fails international standards.

Changes need to be made. Still, many notable voices argue that radical constitutional change is not the way forward. Indeed, our Constitution, while not perfect, has stood tall for over half a century (with some turbulence), and only now has Malta had to weather such a crisis. And, yes, conflicts of interest have never been uncommon in a place characterised first and foremost by smallness, but what is happening now is something else.

The Daphne Caruana Galizia case has important implications for the entire nation of Malta and its institutions. Giovanni Bonello, a Judge Emeritus of the European Court of Human Rights, is a respected voice who believes Malta’s Constitution was designed for gentlemen; problems break out in the hands of scoundrels. We will continue fighting tooth and nail to see that those scoundrels are brought to justice. 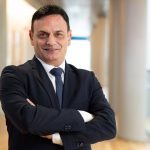