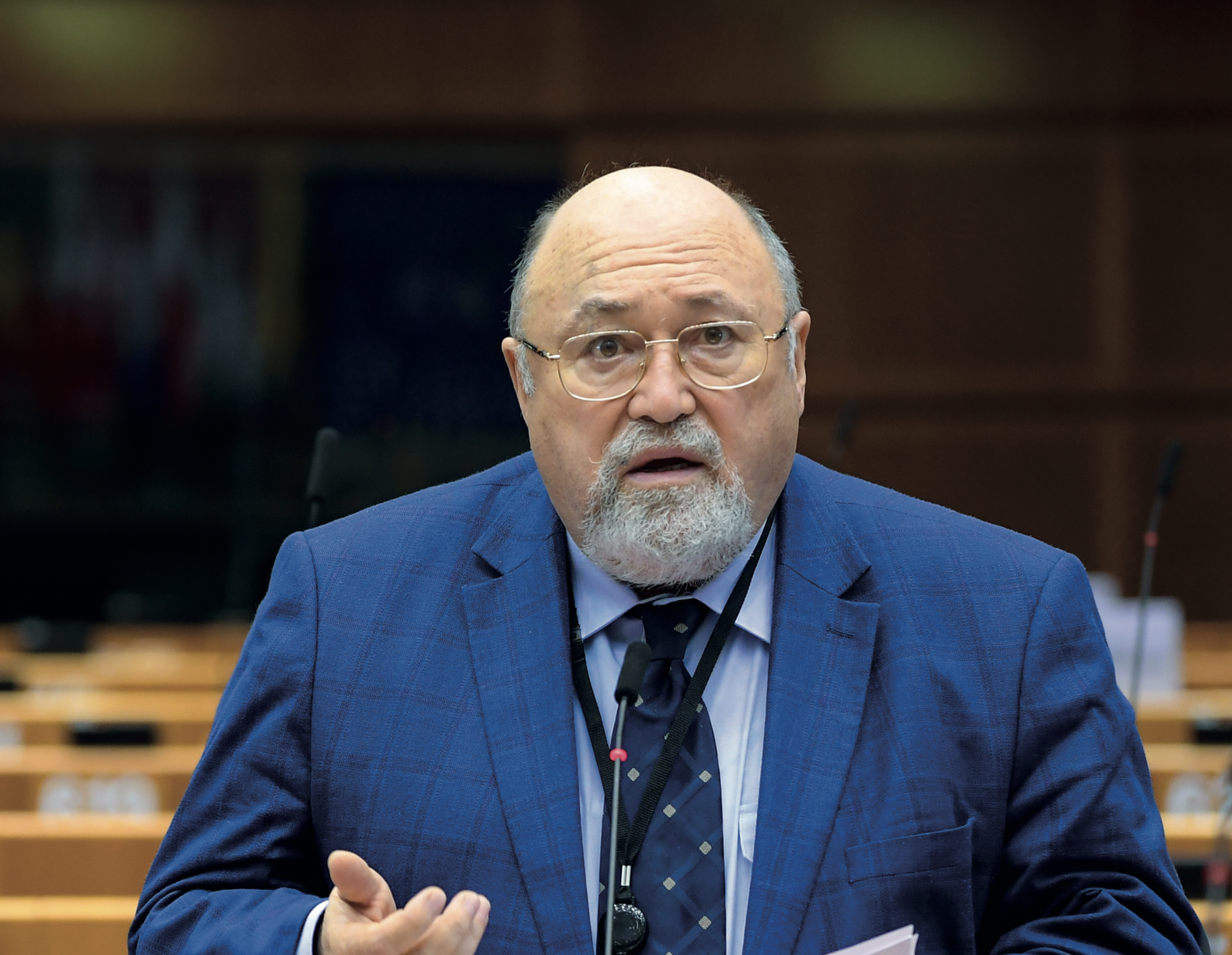 Assoc. Prof. Dr. Alexander Yordanov is a Member of the European Parliament from the Parliamentary group of EPP, member of the Foreign Aﬀairs committee. Member of the Union of Democratic Forces since 1990. He was a chairman of the parliament of the Republic of Bulgaria in the period of 1992-1994 and a deputy in four consecutive Parliaments in the period of 1990-1998, as he took the position of a chairman of the Foreign Aﬀairs Committee and a chairman of the parliamentary group of SDS. In the period of 1998-2005 he is an ambassador of the Republic of Bulgaria in Poland, Lithuania, Latvia, Estonia and the Republic of North Macedonia. He is an author of many books with political analysis, including and the one that came out in 2020 book as a diary “Ukrainian notes. 2013-2018”.

Mr. Yordanov, the war of the Russian Federation against Ukraine, called a “special military operation” by the Kremlin, continues, could it have been avoided?

Every war could be avoided if the most important thing for politicians is human life. If they could take responsible decisions in a timely manner, act proactively and not fall behind events is also a good strategy to avoid a war. For the current war it is important to know that this is its third phase, which Russia started at the end of February 2014.

Back then, the Russian military forces invaded the territory of Ukraine and took over the parliament of the Autonomous Republic of Crimea. This was followed by full occupation and a fake referendum, carried under the barrels of machine guns and rifles, after which Crimea was annexed by Russia. That was the beginning of the war.

Initially, Putin was lying that this wasn’t military aggression and managed to fool plenty of western leaders, who avoided talking about “war”. They used the phrase “the conflict in Ukraine” and Kyiv listened to the “peaceful solution of the conflict” advice. The historical truth, that there will be peace only after war was highly underestimated. And back then the war was barely starting. I am certain that it could’ve ended way faster if the democratic countries had immediately imposed extremely strict sanctions on the aggressor country, which only recently they’ve started to establish. They could’ve kept their relation with Russia to a minimum and could’ve prepared to impose full embargo on energy products import from that country.

Although, the truth is that barely nowadays, eight years after the beginning of the war, the USA and EU decided to take more appropriate actions. This is a tragic delay, which in the meantime cost the lives of ten thousand peaceful citizens. Back in 2014, Putin himself and his regime had to be isolated politically, economically and financially.

At the same time there had to be immediate rearming of the Ukrainian army with modern weaponry. Instead, another strategy had been chosen – soft sanctions and diplomacy. That is well suited for Putin and his plans.

You mentioned that today we are at the third phase of the war. Which was the second one?

The second phase covers the period from the occupation of Crimea up until 24 February this year. During that time the Kremlin managed to arm with modern weapons the pro-Russian separatists in Donetsk and Luhansk regions of Ukraine, taught them and prepared them for the final phase of the war. And again, there was a lack of international reaction. It was mainly relayed on diplomacy, negotiations and good will to respect the Minsk agreements. All that encouraged Putin. It was forgotten that authoritarian leaders really love to be politically courted, to have a “dialogue” and long phone calls. That raises their confidence. They start to feel important.

Actually, the Western leaders fell into Putin’s trap. They started flirting with him, to charm him with the excuse that they seek “path to peace”. Behind their backs, he was laughing at them and preparing the third, definite phase of the war. For him diplomacy is just a game. The opposing party had forgotten that diplomacy could be a strength only after the victory in war. Firstly, the war must be won in order for negotiations to be held . During World War II, did the leaders of the USA and Great Britain negotiate with Hitler? Did we forget that the diplomacy of the Yalta and the Potsdam Conference happened after the winner of the war was clear. And did the politicians of the defeated. Germany participate in them? For the military criminals there wеre only the Nuremberg trials. Hopefully, today in The Hague they remember the history.

The European Union and USA condemned severely the present war aggression of Russia. The European Parliament took definitive resolutions. Strict sanctions were established. And more will come. Aren’t those the right actions?

They are appropriate, but tragically late. If we took solid and determined actions in 2014-2015, maybe today we could’ve avoided the war. And certainly, Putin wouldn’t be President any more. Because the chosen “diplomatic approach” at the beginning of the war, hesitation in enforcing sanctions, the unjustified ongoing communication with Putin, only strengthened his self-esteem as a “world leader”.

And today, not only he continues the war, he sets conditions to the democratic world, draws a new geopolitical strategy, threatens the European Union, demands for Russia to be given an “area of influence” and the conquered territories in Ukraine to be recognised as such. This is the Hitlerism and Stalinism of nowadays. I will repeat it again: the sanctions against authoritarian and dictatorship regimes must be enforced prematurely, i.e. before the insanity completely takes over their leaders.

What is the path to peace in the current situation? What else should be done to stop the war?

Peace is only possible without Putin. If he continues to rule, there would be new wars as well. Let’s not the historical truth, that peace comes only after victory in war. It has been like that after World War I and also after World War II. Another thing, those two world wars were preceded by small local wars. When World War II was at its peak, no democratic politician negotiated with Hitler, they didn’t visit him in Berlin, they didn’t ‘chat’ with him on the phone. Unfortunately, some democratic leaders do that today. They continue to communicate with Putin. Absolute isolation of Putin’s regime and Putin himself, full embargo on Russia, cutting out any relations with Russia and also military help for the Ukrainian army and I am certain that this will lead to the fall of the Kremlin.

But isn’t there a threat in eventual innervation of NATO into the military actions that could lead to World War II? Or maybe even with the usage of nuclear weapons.

The fact that NATO won’t participate in military actions, doesn’t mean that Putin will become less of a criminal or his madness will be cured. Let’s not forget that the victory in World War II came after mass military and provisional support from the USA to the invaded country and also after opening a second front in Europe. It would be shameful if the European and American politicians sit on one table for negotiations with Putin or they invite him to talk about peace from the tribune of the European Parliament. For that being said, as a sign of solidarity for Ukraine, the European countries had to dismiss the Russian ambassadors from their countries and call off their ambassadors from Moscow. Because in the concept of the term “diplomatic relations” is included the understanding of “friendly relations”. Shall we maintain friendly relations with the Kremlin today? As for the threat of nuclear war, that threat will never disappear, no matter how much we back down and make puppy eyes to Putin. There won’t be a nuclear war, because every dictator, no matter how insane, has a heart of a rat. Putin makes no exception.

Does Ukraine have to agree to territorial compromises for the war to be stopped?

Ukraine must not in any way agree to compromise before the regime of Putin. That would be treason against the Ukrainian people, the European Union, democracy and international law.

Should Ukraine be accepted in the EU?

Sooner or later Ukraine will be a member of the European family. Ukraine proves every day that it’s a true European country. Its treaty for association came into force on 1 September 2017. Last year, i.e. before the third stage of the war happened, Ukraine should have earned the status of candidate for EU membership.

Although the European leaders refused it in the peak of this historical moment. They just had to objectively acknowledge the serious efforts that Ukraine made in the reforms and the execution of Copenhagen’s criteria in the period after the Revolution of dignity of the Euromaidan.

Unfortunately, that didn’t happen and it gave courage to Putin to act even more aggressively. In the Kremlin they learned that the words of the European leaders are not followed by certain deeds. Or is it that the European leaders love metaphors more? Because what exactly does the phrase “perspective for membership” mean? If Ukraine had earned last year the status of a candidate for membership, I am certain Putin wouldn’t have taken actions on the current military invasion. Because we would have a clear motive to interpret that action as an assault against the EU. However, the good news is that Ukraine submitted an application for EU membership. But it has to be perfectly clear that peace could exist only after Vladimir Putin is not a president of Russia anymore. Peace is possible after victory in war. Peace means a world without Putin. 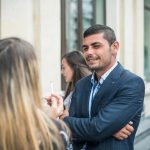