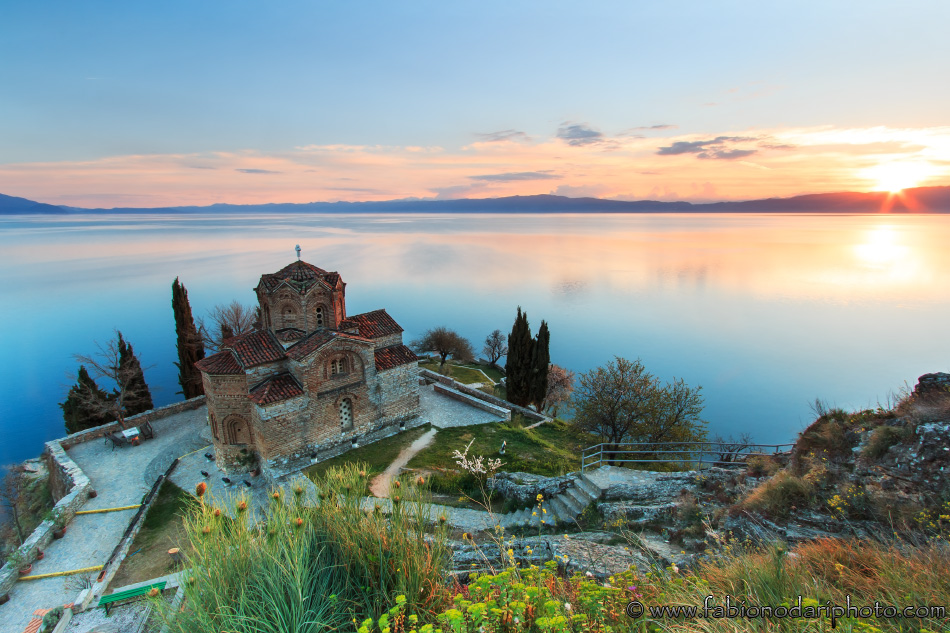 As cities continue to battle for the income from tourism, many cities across Europe and globally have invested into “city branding”, which has typically bolstered tourism and improved the city’s overall perception among residents and visitors. Despite the rich and extensive cultural history of the country, Macedonian municipalities have lagged behind this trend, potentially missing out on income from tourism. To achieve a competitive advantage, the local authorities of well-known and lesser-known tourist destinations in Macedonia must start to apply the marketing orientation, treating residents, tourists, and businesses as “customers/buyers” of the “total city product”.

Governing Officials should think more about city branding as well as strategic management/managing their image. To brand a tourist destination you need “A name, term, sign, symbol, design (or their combination), aimed at identifying the offer of a certain destination and distinguishing it from that of the competition.”

Branding a city means creating an attractive story to tell that will make people want to visit, invest or live in that particular city.

Cities, like companies, like churches or theaters, need to bring people together to function. People need a selling story that will persuade them to visit a city, go to church, buy a product, or go and see a movie in a movie theater or a play in a theater.

To be successful in branding cities as tourist destinations means effectively communicating your message and story to the audience and getting results. If you have a goal, and the branding campaign produces the desired results in attracting the target audience, then it is a successful branding strategy.

Cities do not have a “single owner who can control the brand”, which leads to difficulties in reaching an agreement on a common story to be created and “sold”. Additional problems are created by the fact that marketing/branding of cities does not start from “zero-state”, but from its existing identity (name, geography, climate, history, culture, infrastructure, people, etc.)

Central aspects of the brand are brand identity and brand image. They answer the questions: 1. How do marketers want the brand to be known/perceived by the target groups of customers? (desired brand identity) and 2.How is the brand known/perceived in reality by them? (accomplished brand image). Organizations should learn to manage the “gap” between identity (as an internal dimension related to the organization) and image or reputation (as an external dimension related to customers.)

The brand positioning with the help of which one tries to communicate that part of the identity (the unique values ​​of the offer) with the customers (to achieve competitive advantage) is used for that purpose. In that way, the importance of marketing communication as a “bridge” between the desired identity and the realized image of the brand is emphasized.

Every city has its own “existing identity” also known as place identity which, being created over the centuries, is a source of pride for residents, giving them a sense of belonging to the settlement/community. Unlike “existing identity”, the so-called “desired identity” (of the brand) of the city is defined by all attributes and city values ​​(spatial, natural, historical, cultural, etc.) which, the local management wants to create, keep or reject (relating to the existing ones). Marketing efforts to highlight them, which are in the direction of the desired position in the mindset of the target markets, lead to the creation of promises for customers.

The communication messages that are created in the direction of creating a positive image of the city, in addition to its name (which is already predetermined), are also marketed with the help of several other elements that can be: verbal (eg: slogan, sound, music, stories, etc.) and visual-graphic (eg: logos, symbols, colors/fonts of letters, etc.). At the same time, the significance of the successfully created and recognizable logos and slogans is particularly emphasized, with the following examples standing out: “I ♥️ NY”, “I ♥️ Amsterdam”, “Berlin – the capital of the new Europe”, “Budapest – a city with a thousand faces”. etc.

In addition, the literature talks about the organization of various events (manifestations, performances, etc.) as a useful tool for communicating the image. The following are key tools for strategic management of the image of municipalities: municipal websites (enhancing their strategic influence on the formation of customer perception), sports teams and events, public space and city architecture, cultural institutions and events, the satisfaction and happiness of the local population, etc.

Many cities have developed successful branding strategies that brilliantly tell their story. Certain metropolises such as London, Paris, or New York are what are called “successfully branded cities”. They continue to invest in new and innovative strategies aimed at the specific needs of the city.

Some cities have decided at one point to completely redo their story and are engaged in long-term PR campaigns to achieve that goal. I can mention here the campaign for Amsterdam in the Netherlands or the “ONLYLYON” strategy for the second most important French city Lyon which in the past suffered from the poor image created for it.